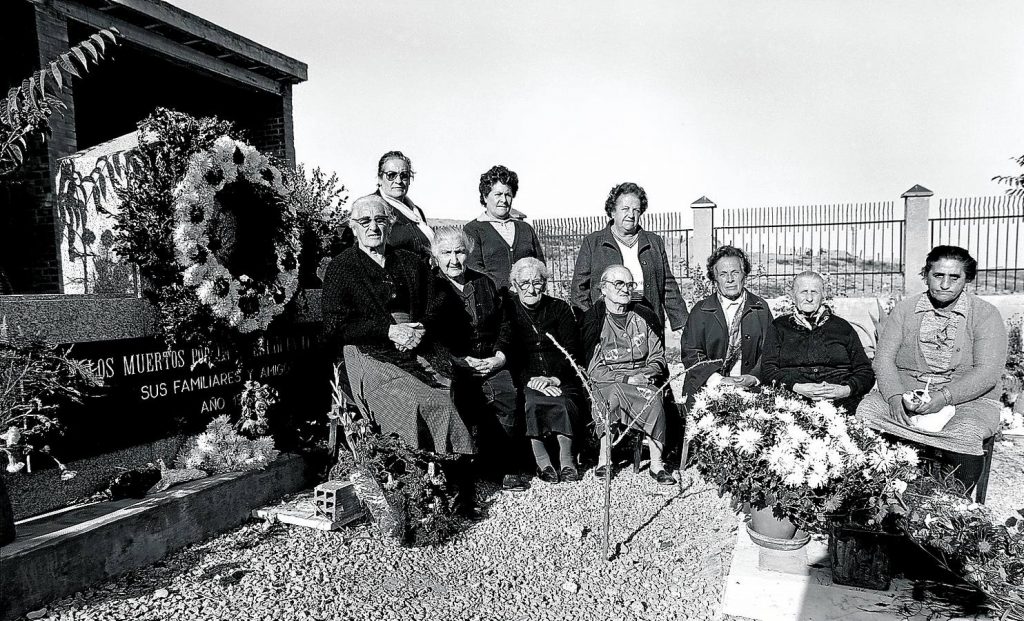 There were few armed confrontations in La Rioja during the Spanish Civil War. The troops of General Mola entered Logroño, the provincial capital, on 19 July 1936 and the repression was ferocious, as the researcher Jesús Vicente Aguirre explains in Aquí nunca pasó nada (2007). When there was no space to bury the dead left in the city cemetery, the firing squads chose the location of La Barranca, eight kilometres south of Logroño. The political prisoners were forced to dig the pits at the edges of which the nightly shootings were carried out.

In the Dehesa Almida, the ravine of Barriguelo, in the district of Lardero, near Logroño, in the heart of La Rioja, over 400 people were murdered between the months of September and December of 1936: workers, farmers and day-labourers, tailors, barbers, builders, carpenters, teachers, government officials, mayors and councillors, political militants, union members, people of good will.

In the early years following the end of the Civil War, mothers and widows used to go on foot from the neighbouring villages to spend the day in La Barranca, where you can still see the mounds of earth which indicate the two large mass graves and the beginnings of a third one. In secret, they did this, year after year.

In this place, the “women in black” ( las mujeres vestidas de negro ) were the people who, by their presence, would finally write the most terrible and the most beautiful page in the historical memory of La Rioja. As a result of their efforts, on 1 May 1979 La Barranca was converted into a Civil Cemetery.

Today, 40 years later, the anniversary is being celebrated, 83 years after those brutal murders. Innovación y Derechos Humanos also wishes to use this anniversary to remember all of these innocent victims. For more information follow this link to view a video . At La Barranca you can also see the “Map of the Prisoners” (“mapa de los presos”), which was recovered from the concentration camp which operated in the bull-ring (“plaza de toros”) of Manzanera in Logroño. For the history of this map follow this link to an article which is on the website of the La Barranca Association , where there is also a poem by Máximo Sicilia which we will use to close:

You are not alone;

You are not alone or forgotten

There are still a few of us

And who bear witness your murders,

We come here, to remember you,

And so that people never forget

So that your children and grandchildren

And those of your brothers and sisters,

And so that here in this place,

They will come, year after year;

Until the end of the world,

And I know that you can hear me, my mind can feel it,

What energy there is in the mind;

Is in our minds

And, there, in space

Which get mixed with

The other heavenly bodies,

And they send you a greeting

The greeting which you taught me

When I was a child,

And until next year, when we will come back again.