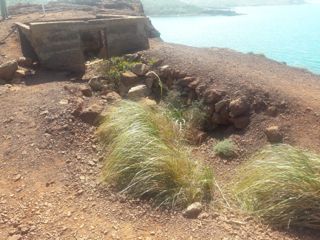 The Francoist Reprisals against Minorcans

On 30 July we published an article in the Minorca daily newspaper ‘Menorca’ under the title Minorcan Victims of Reprisals, with a list of names (follow the link en castellano)

This was based on the open data provided by the National Archive of Catalonia, which was discussed in the previous article ‘Victims of Francoism en Catalonia finally available on #opendata’.

Minorca remained loyal to the Republic throughout the Civil War. It was the site of one of the last battles of the war, between 4th and 9th February 1939. Hundreds of Republicans were able to escape to Marseilles in the British cruiser HMS Devonshire following British mediation and another 75 left for Algeria in the yacht Carmen Pico. However many more waited in vain in Maó for a ship which never arrived. Antoni Pons Melià has compiled a list of those killed in the repression in Minorca in his book Victimes del silenci while stories of the reprisals on the island have been collected by Bartolomeu Pons Sintes in Memorias de un preso político.

The people listed in the article in ‘Menorca’ were not the only victims during the Civil War and the Francoist period. It is also clear that the repression was not limited to these judicial procedures. The data published by the National Archives of Catalonia are based on the archives of the Military Tribunals of Region Three [Tribunal Militar Territorial Tercero] but are not exhaustive. As a result the Innovation and Human Rights continues to work for the establishment of a central database which includes all the victims.